• Sometime in 1991, [the Company] conducted a viability study of its business operations and adopted a modernization program. Respondent then brought into the Mandaue plant high-speed machines to be used in the manufacture of its beer. These machines were installed in bottling lines 6 and 7. The main line operation known as lines 1, 2, 3, 4, and 5 ceased to operate. As a consequence, several functions of the employees were declared redundant.

• On February 13, 1992, [the Company] sent to Office of Region VII, Department of Labor and Employment (DOLE), two letters with the information that it was terminating the services of the employees named in the attached list. On February 7, 1992 and September 28, 1992, [the Company] sent notices to the affected employees informing them that they would be given a separation pay amounting to 175% of their respective monthly salaries for every year of service, a 3-year free hospitalization coverage, and free training and consultation for livelihood programs and small-scale business enterprises, as well as assistance in local and overseas job placements.

• Accordingly, the employees concerned received the said amounts and executed their respective quitclaims before the Officers of Region VII of the DOLE.

• In a similar case (involving the same issue – the validity of the termination of [the Company] employees at the Mandaue Brewery), this Court, through Mr. Justice Vicente V. Mendoza, now retired, held that the installation of labor-saving devices by [the Company] at the Mandaue plant was a proper ground for terminating employment.6 The quitclaims and releases, signed by the employees concerned as reasonable settlements, are binding upon the parties.

• [The Company], on February 10, 1947… filed a motion in the case, asking for authority to lay off at least 15 workers in its can department on the ground that the installation and operation of nine new labor-saving machines in said department had rendered the services of the said workers unnecessary. The Philippine Sheet Metal Workers’ Union (CLO) opposed the motion, alleging that there was more than sufficient work in the company to keep all its workers busy, and, on the further allegation that the company had hired without the authority of the courts some ten new laborers pending resolution of the principal case, it in turn asked that the company be declared guilty of contempt of court. About a year later, the court, after due hearing and investigation, rendered an order, dated February 5, 1948, granting the company’s motion to lay off 15 workers and denied the petition to have the company declared in contempt of court. This order is the one now before us for review.

• It appearing that there has been fair hearing and that there is ample evidence to support the conclusions of fact of the lower court, we would have no grounds for interfering with those conclusions. And these make it clear that there was real justification for reducing the number of workers in respondent company’s factory, such a measure having been made necessary by the introduction of machinery in the manufacture of its products, and that the company cannot be charged with discrimination in recommending the dismissal of the fifteen laborers named in the above list since their selection was made by a committee composed of both officers and employees who took no account of the laborers’ affiliation to the unions and only considered their proven record.

• The right to reduce personnel should, of course, not be abused. It should not be made a pretext for easing out laborers on account of their union activities. But neither should it be denied when it is shows that they are not discharging their duties in a manner consistent with good discipline and the efficient operation of an industrial enterprise…

• [Labor Arbiter’s Findings] Evidence in the records prove that complainant’s termination was justified and that respondents adhered to the procedural requirements governing the same. We have noted very clearly that [the Complainant]’s separation from employment was brought about by the installation of labor saving devices and machineries pursuant to the employer’s reorganizational and expansion program. The law in this regard allows such a state of change. Art. 283 of the Labor Code allows the reduction of personnel with the installation of labor saving devices.

• We hold that the Court of Appeals correctly found [the Complainant’s] separation from work to be due to a valid reason, i.e., the installation of labor saving devices. As the appeals court stated:

In the case at bar, We are of the opinion, and so hold that [the Complainant]s have demonstrated before the Labor Arbiter by clear and convincing evidence that the Mandaue plant where private respondent used to work had instituted a modernization program which consisted of, among others, “a 45 million cases per year capacity brewhouse; a 1,400 HI per hour filtration system; a complete cellaring system with six cylindro-conical tanks at 10,000 HI each to include other tankages and accessories; a 1,000 bottles per minute liter bottling line; and support systems such as three 1,000 HP NH3 compressors with two liquid overfeed NH3 separators; an 80,000 lbs. per hour water tube steam generator and a 700-HO air compressor” the operations of which are “all automated using microprocessor and electronic process controllers and instrumentation systems through intelligent interfacing with Siemens Industrial computers.” All of these high-technology innovations, at the cost of 2.6 billion pesos, truly render the functions of the Plant Director’s Office Quality Control Unit, where private respondent was transferred after his post as Administrative Secretary to the plant manager was validly abolished, upon management prerogative that the same “did not add value to the organization.”

• [While originally being the Client/Principal, the lower labor courts declared that the [the Company] was the employer due to a finding of labor-only contracting.]

• The law authorizes an employer, like the herein [the Company], to terminate the employment of any employee due to the installation of labor-saving devices. The installation of these devices is a management prerogative, and the courts will not interfere with its exercise in the absence of abuse of discretion, arbitrariness, or maliciousness on the part of management, as in this case. Nonetheless, this did not excuse [the Company] from complying with the required written notice to the employee and to the Department of Labor and Employment (DOLE) at least one month before the intended date of termination. This procedure enables an employee to contest the reality or good faith character of the asserted ground for the termination of his services before the DOLE.

• The failure of [the Company] to serve the written notice to [the Complainant] and to the DOLE, however, does not ipso facto make [the Complainant’s] termination from service illegal so as to entitle her to reinstatement and payment of backwages. If at all, her termination from service is merely defective because it was not tainted with bad faith or arbitrariness and was due to a valid cause.

• The well settled rule is that the employer shall be sanctioned [with nominal damages] for non-compliance with the requirements of, or for failure to observe due process in terminating from service its employee. 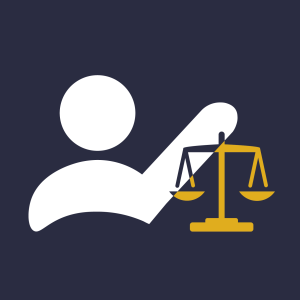 Disclaimer: All information is for educational and general information only. These should not be taken as professional legal advice or opinion. Please consult a competent lawyer to address your specific concerns. Any statements or opinions of the author are solely his own and do not reflect that of any organization he may be connected.

“Principle of non-diminution of benefits” refers to the prohibition against employers from eliminating or reducing the benefits received by their employees. 1. Concepts “Principle of

1. Summary ▪ Officers or members of a managerial staff’s primary duty consists of the performance of work directly related to management policies of their

The workers in a bargaining unit have the right to choose their sole and exclusive bargaining agent through the process of certification election. Summary ▪